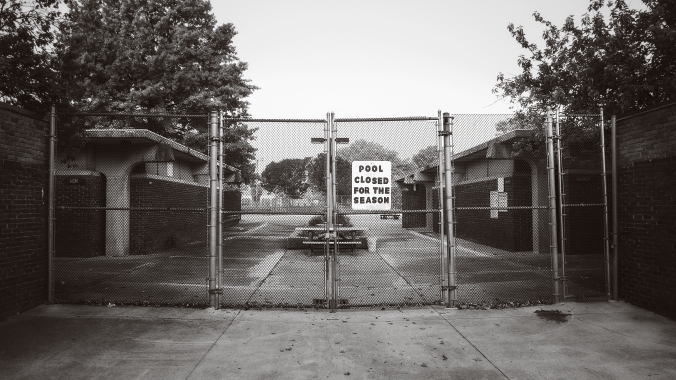 I’ve been a fan of composer, musician Jia Peng Fang (Chinese: 賈鵬芳)
for years. He’s from China and plays a traditional folk instrument called the Erhu (Chinese: 二胡). I find the mournful sound soothing as the Summer drifts quietly and slowly into the sunset and Autumn rises in the cool crisp morning. May this new season bring many blessings to all who read this.

***fyi – Artist website is very interesting with great pictures, videos etc –  but only language options are Chinese or Japanese – however, you don’t need to understand the spoke/written language to understand the language of beautiful music – so check it out.

THE STORY OF OUR LIVES is a series of photographs of signs that when taken outside the context of their function (and sometimes location) have a dual purpose of telling our story of existence.   In other words after we are gone and our culture no longer exists,  how would others (or aliens) interpret our lives based on what the signs reveal – supposing aliens decoded and understand our language?

This latest image is a personal favorite:  It is simply titled THE STORY OF OUR LIVES #95

This image as taken at a demolition site.  I found this sign on what remained of a wall at the site.   It’s a fascinating and wonderful little chapter in the story of our lives.

While smoking has been deemed as bad for our health and in some cases has been made illegal as a result – it is in a location that has been destroyed, demolished.  The demolition had nothing to do with smoking.  This is a perfect metaphor for our lives.  Life is fragile and there is more than one thing that can disrupt, tear apart or destroy it.  So often we focus on the wrong things.   We go to great expense to make things like smoking, abortion, drugs, “assisted suicide” etc illegal.  And while those things may destroy our lives as we know it – we actively pursue other methods of destruction – war, income inequality, denial of medical care etc.   Is it better to deny a person’s choice of self-destruction  in order to insure the destruction of many?  That is what is happening in our culture and our world.  It is seen in our immigration policies, how we deal with refugees, it is seen in our responses to foreign powers that we have deemed as enemies.  It is seen in the laws we pass for our own people.

What makes life so precious is that it is fragile.  There are any number of things that can snuff it out in an instant without our help – disease, old age, the environment (poisonous plants, wild animals, accidents, etc)

Now this may seem like something of an oversimplification but it is none-the-less true.

CIVIL DISOBEDIENCE IS SOMETIMES NEEDED TO GET TO A BETTER PLACE

We are living in a time where civil disobedience may be needed.

Some favorite quotes from a classic scholarly treatise from someone who might be considered a domestic terrorist in our current time ~ Henry David Thoreau: July 12, 1817 – May 6, 1862 – Quotes from CIVIL DISOBEDIENCE AND OTHER ESSAYS.

“If the injustice is part of the necessary friction of the machine of government, let it go, let it go: perchance it will wear smooth–certainly the machine will wear out… but if it is of such a nature that it requires you to be the agent of injustice to another, then I say, break the law. Let your life be a counter-friction to stop the machine. What I have to do is to see, at any rate, that I do not lend myself to the wrong which I condemn.”

“Unjust laws exist; shall we be content to obey them, or shall we endeavor to amend them, and obey them until we have succeeded, or shall we transgress them at once? Men generally, under such a government as this, think that they ought to wait until they have persuaded the majority to alter them. They think that, if they should resist, the remedy would be worse than the evil. But it is the fault of the government itself that the remedy is worse than the evil. It makes it worse. Why is it not more apt to anticipate and provide for reform? Why does it not cherish its wise minority? Why does it cry and resist before it is hurt? Why does it not encourage its citizens to be on the alert to point out its faults, and do better than it would have them?”

“If a plant cannot live according to its nature, it dies; and so a man.”

“Even voting for the right is doing nothing for it. It is only expressing to men feebly your desire that it should prevail. A wise man will not leave the right to the mercy of chance, nor wish it to prevail through the power of the majority. There is but little virtue in the action of masses of men.”

“A very few, as heroes, patriots, martyrs, reformers in the great sense, and men, serve the State with their consciences also, and so necessarily resist it for the most part; and they are commonly treated by it as enemies.”

“I think that we should be men first, and subjects afterward. It is not desirable to cultivate a respect for the law, so much as for the right. The only obligation which I have a right to assume is to do at any time what I think right. It is truly enough said that a corporation has no conscience; but a corporation of conscientious men is a corporation with a conscience.”

“Is a democracy, such as we know it, the last improvement possible in government? Is it not possible to take a step further towards recognizing and organizing the rights of man?”

“I believe,—“That government is best which governs not at all;” and when men are prepared for it, that will be the kind of government which they will have.”

*****Do you have a favorite passage from this particular collection of essays that is not in  the list above?  If so feel free to post it in your comment.

Now, a classic hiphop tune for your enjoyment – civil disobedience in the 20th Century and beyond.

Patterns rule our lives
Patterns can be good or bad
Patterns in behavior
Patterns in spending
Patterns in emotion
It is easier to spot patterns in others than ourselves
Even if we think we’ve broken one pattern we have merely replaced it with another.
Patterns mean nothing.
What’s in your heart?
Do you have diamonds on the inside?

Well we lost another favorite actor today. Harry Dean Stanton (July 14, 1926 – September 15, 2017) was an American actor, musician, and singer. In my humble opinion one of the finest character actors of all time. I first saw him in Wim Wenders classic film PARIS, TEXAS. Ever since then I have sought out his work. He is always interesting. His characterizations have a level of reality and tangibility that few actors can match. He had a long life and great career. May he rest in peace. Here are clips/trailers of some of my favorite films which feature his work. But first the trailer of the biopic documentary about his life PARTLY FICTION.

Farewell
“So long, and thanks for all the fish”

We all have speed bumps that crop up in our lives.   It may be a death, an accident or loss of some other sort that causes us to slow down and even stop to reconsider our direction in life.   This is a good thing.  Life’s tragedies large and small can be a sort of amazing grace.  And sometimes they can even make us better.

Wherefore I am well pleased in infirmities, in damages, in necessities, in persecutions, in distresses — for Christ; for whenever I am infirm, then I am powerful.

R.I.P. Walter Becker February 20, 1950 – September 3, 2017
We lost another music genius. Musician, songwriter & producer, Walter Becker, one half of the legendary songwriting duo popularly known as Steely Dan. The group took their name form a sex toy named in the William S. Burroughs novel NAKED LUNCH. While most people know of Donald Fagan (the other half of Steely Dan) through his solo success few people are familiar with Walter Becker’s solo work. On this sad day many people will focus on his Steely Dan work but I want to celebrate the man – the individual. I’ve enjoyed his solo work as much as his work with Steely Dan. He only released 2 solo albums. I would like to feature 6 tracks 3 from each album and hope they will inspire you to further explore the rest of his solo work. So without further words.

Down In The Bottom

When is empathy good or bad?

So maybe Oasis had it right…

Don’t empathize with suffering – have compassion instead. Compassion = when you suffer you can choose to have it teach you compassion for others. A lesson I am still learning. Too often I’ve empathized with others suffering which has lead to my own suffering which makes me less useful. If I let suffering drive me to compassion I become MORE useful to my world.