For the second review in this (hopefully) ongoing series.  I’d like to draw your attention to a relatively new recording by Icelandic composer, Jóhann Jóhannsson, titled Orphée.    Jóhannsson has composed for numerous films including the recent ARRIVAL and upcoming BLADE RUNNER 2024 as well as many solo studio recordings….. But of all his work so far the one that really stands out as a pinnacle in his oeuvre is this “solo” recording exploring the myth of Orphée/Orpheus.

The second track on the album:

This recording for Deutsche Grammophon records can, at first listen,  be compared to Samuel Barber’s ADAGIO – but that is only in mood and temperament.   When listening to this masterwork  by Jóhannsson I find so many rich and wonderful feelings and ideas.   I can feel like I’m wandering through a darkened hallway, arms outstretched, moving slow and gently feeling my way around the space.   With continued listening I also feel a sense of gravity a tension that a very large bird may feel as it starts out in flight and slowly lifts itself from the earth.  And in its flight feels the constant pull of the earth again even in it’s supposed freedom of soaring on the winds.  Maybe it’s the speed at which the musical themes evolve throughout this 47 minute composition.

When thinking about this music, and the ideas, of Orpheus in the underworld wanting to bring back his love.  I also begin to muse on the “warning” he is given to not look back and trust that his love Eurydice is behind him.  And when he does look back – she is lost to him forever.   This notion of not looking back is also found in the Bible story (Genesis 19) of Lot and his family as they flee Sodom and Gomorrah who were also warned to not look back.  When Lot’s wife looks back she is turned into a pillar of salt.   I further begin to wonder, what is this problem with looking back?  It seems to be something we as humans do all the time.  It is the cornerstone of memory.  We don’t have memories of the future, do we? Or maybe we just haven’t learned to access those future memories.  And looking back isn’t really all that bad.   In the case of Orpheus the underworld can be compared to underground that where things are rooted – for plants literally.  Underground is the foundation upon which we build our buildings and other man-made structures.   It is not only a place for the dead.   It seems that one could make the argument that Orpheus was looking back to his roots and very foundation for his wife – the gods had tricked him.   In the case of lot with his wife turning to a pillar of salt.   Salt is beneficial and necessary in all our diets it is also a preservative.  So maybe her looking back actually made it possible for the rest of her family to be saved/preserved.   These two examples may relate to the sense of gravity that I hear and feel in this music under the earth there is no escape from gravity and a pillar of rock/salt is so completely connected to the rest of the rock it cannot escape.

We all look back at some point in our lives.  It is not a weakness.  It is only human nature and inevitable.  Orpheus, like Lot’s wife HAD to look back.  And that may be the tension I hear and feel in the music – the desire to only look forward while feeling the pull to look back that is ultimately irresistible.   So maybe the problem isn’t the looking back; as the warnings imply (and many bible scholars will try to teach), maybe these myths simply teach us of the cost.  There is a cost and consequence to everything.   It’s not a matter of good or bad but simply an understanding of exchange.   And that thought is freeing and non-condemning like a bird in flight.

The final and only genuinely vocal track on the album:

These are the many things that drifted through my listening of this excellent album.  All that being said, this music simply stops me in my tracks and forces me to listen, think, dream.  I hope you enjoy it as much as I do.

“What are the roots that clutch, what branches grow

Out of this stony rubbish? Son of man,

You cannot say, or guess, for you know only

A heap of broken images, where the sun beats,

And the dead tree gives no shelter, the cricket no relief,

And the dry stone no sound of water. Only

There is shadow under this red rock,

(Come in under the shadow of this red rock),

And I will show you something different from either

Your shadow at morning striding behind you

Or your shadow at evening rising to meet you;

I will show you fear in a handful of dust.” 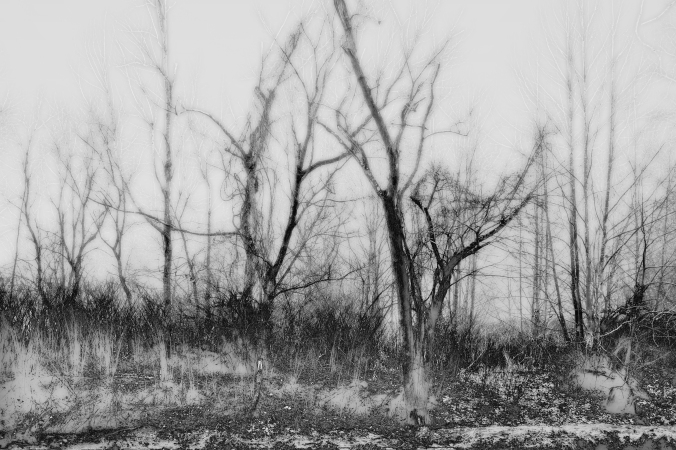 In the age of ubiquitous and addictive click-bait.   Technopoly rules.  Online, you are a drop of water in a sea of alternatives.  You are invisible.

“Technopoly eliminates alternatives to itself

in precisely the way Aldous Huxley

‘It does not make them illegal.

It does not make them immoral.

It does not even make them unpopular.

It makes them invisible and therefore irrelevant.’ “

I just came across a note I had written to myself that read “Stop taking what you call “life” so seriously!!!” I find that I need these reminders to bring me back to what’s real.

The bottom is a place where we can start to separate reality, from our man-made dramas that only exist in our head. When we start to see clearly, we begin to laugh instead of lament. We can enjoy this short journey of life, instead of asking “Why?” or” What do I do now?” or “Is there even a point?” The questions fade, as we no longer need answers because we are only engaged in what “is”.

Again, natural light. I like the suitcase on the bench. after the aquarium closed this place was used for a time by the Cleveland police department to train police dogs. No doubt sniffing out cocaine hidden in suitcases was on the training agenda. The file cabinets on the left were filled with police files.

“Capitalism has defeated communism.
It is now well on its way to defeating democracy.”